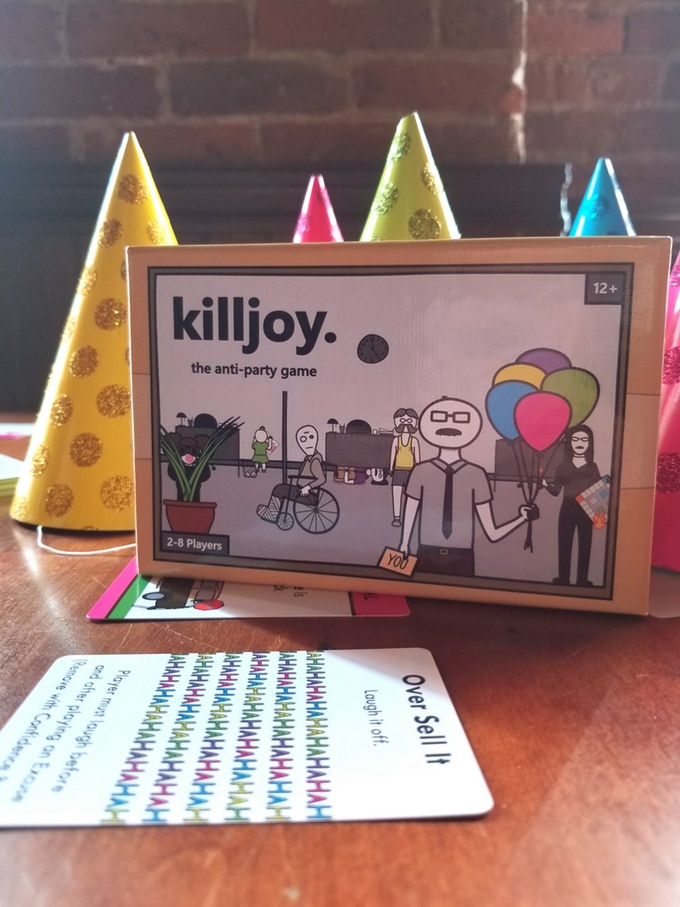 Killjoy is a new game currently on Kickstarter.  The publisher describes it as:

In the game you are trying to come up with excuses to get you out of your lame coworker’s party.

It’s simple.  Choose your Jerry (see below), and avoid their party at all costs by answering Jerry’s questions with mediocre excuses, collecting aid cards, and dishing out shade to your friends in the form of petty actions and handicaps.

But move quickly.. If Jerry asks all of their questions before a player dodges the party, everyone is attending and Jerry wins.

To promote their new anti-party party game, they are on a national tour of game stores and cafes, getting the word out about their game.  This Thursday, they’ll be at Game Point demoing their game for you to try!  Come on in, grab a beer, and try to get out of going to Jerry’s party!